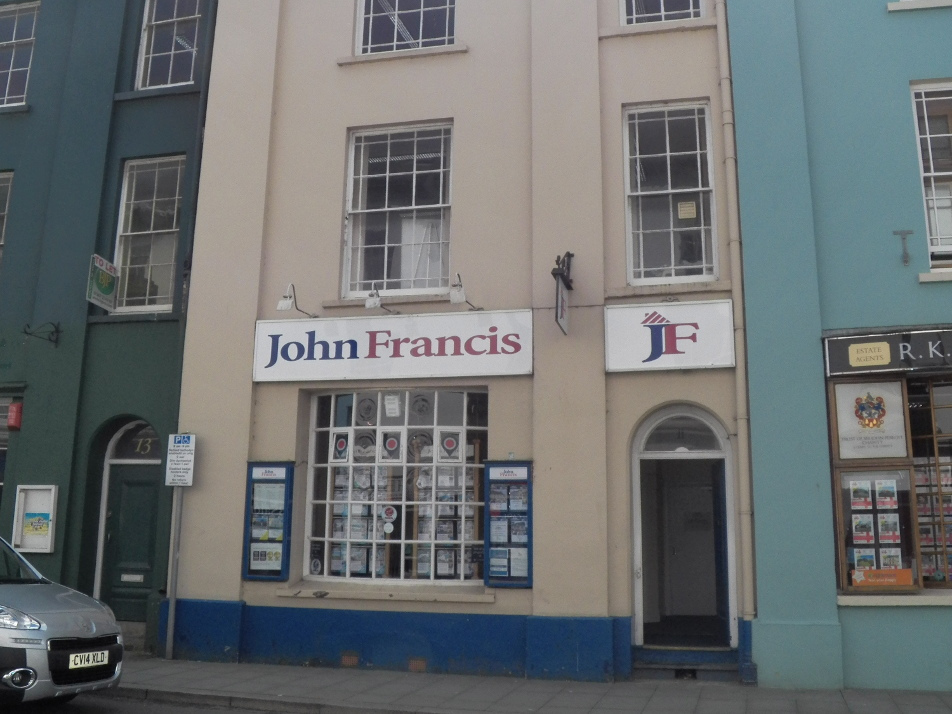 NO CHAININVESTMENT OPPORTUNITYHill Park School House comprises of 6 One Bedroom Apartments which are currently tenanted. The new buyer would be able to purchase these apartments as a...

NO FORWARD CHAINA mid Terrace house which has been converted into two, one bedroom houses ideal for residential letting which is what it has been recently used for. Both...

We are delighted to present this immaculate, high specification 2 Bedroom property to the open market! Completed in May 2021, this property has had a large amount of upgrades purchased...

See all Haverfordwest sales
<< Back to our offices

See all Haverfordwest lettings
<< Back to our offices

With a busy thriving, prosperous market town and a magnificent coastline Haverfordwest is an ideal place for all walks of life, whether you’re considering a move for lifestyle changes or employment, Haverfordwest will certainly not disappoint.

Haverfordwest is the attractive and historic county town of Pembrokeshire.  From the middle ages, the town took advantage of its position on the Cleddau and as a result it had a very busy tidal quay.  Today, the town still has a thriving commercial and retail sector. The town has been English-speaking for centuries (south Pembrokeshire being known as 'Little England beyond Wales'), but because the town markets traded the goods of Welsh farmers to the north and east, there has always been a significant Welsh-speaking influence.

Haverfordwest town is positioned centrally to some beautiful location such as Broad Haven beach with its wide sweep of golden sand and virtually alongside the smaller village of Little Haven. Dale and Marloes are interesting villages and both are en-route to some of the most famous bird sanctuary islands in Europe such as Skomer and Skokholm, both of which teem with an unbelievable variety of seabirds. North of the county the scenery becomes more rugged. Britain’s smallest city, St Davids, with its wonderful cathedral nestling in a picturesque valley, nearby is the golden Whitesands Bay. On the way to St Davids from Haverfordwest you will pass the long beach of Newgale, a mecca for local surfing. Haverfordwest is perfectly located to explore Britain’s only coastal National Park. The magnificent coastline can be seen at its best from the Coastal Path, a designated National Trail, stretching 186 miles from Amroth in the South to St Dogmaels in the North. It is Britain’s most westerly National Park and one of the most precious environmental areas in Europe.

Amy joined John Francis in January 2018 and has brought her wealth of estate agency and new homes experience to the role. Amy is enthusiastic, forward thinking and very competitive! She is driving ...

Haverfordwest:
Who we work with