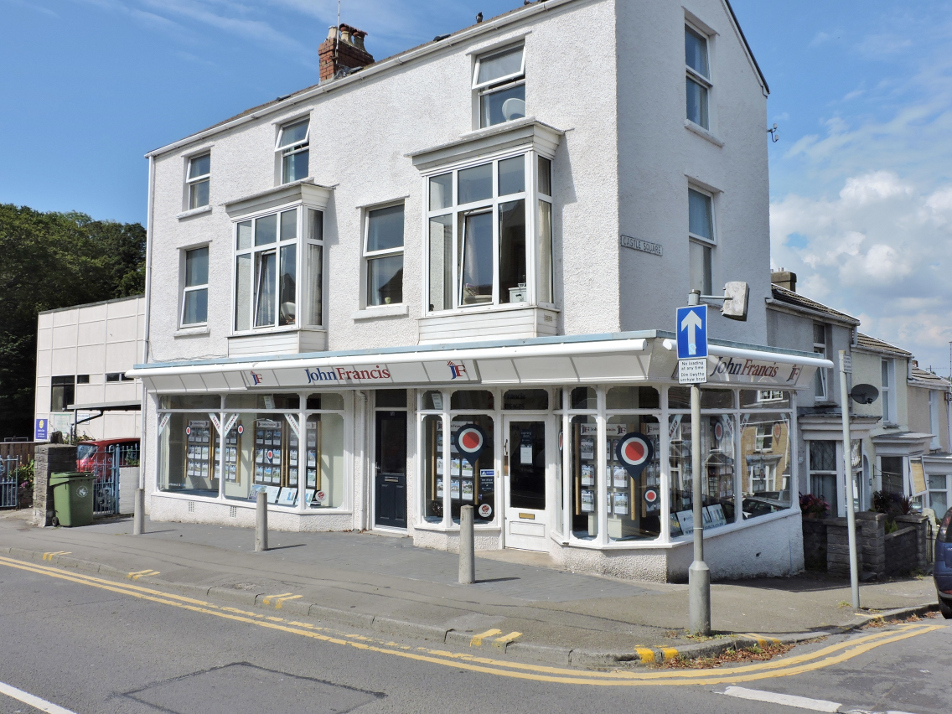 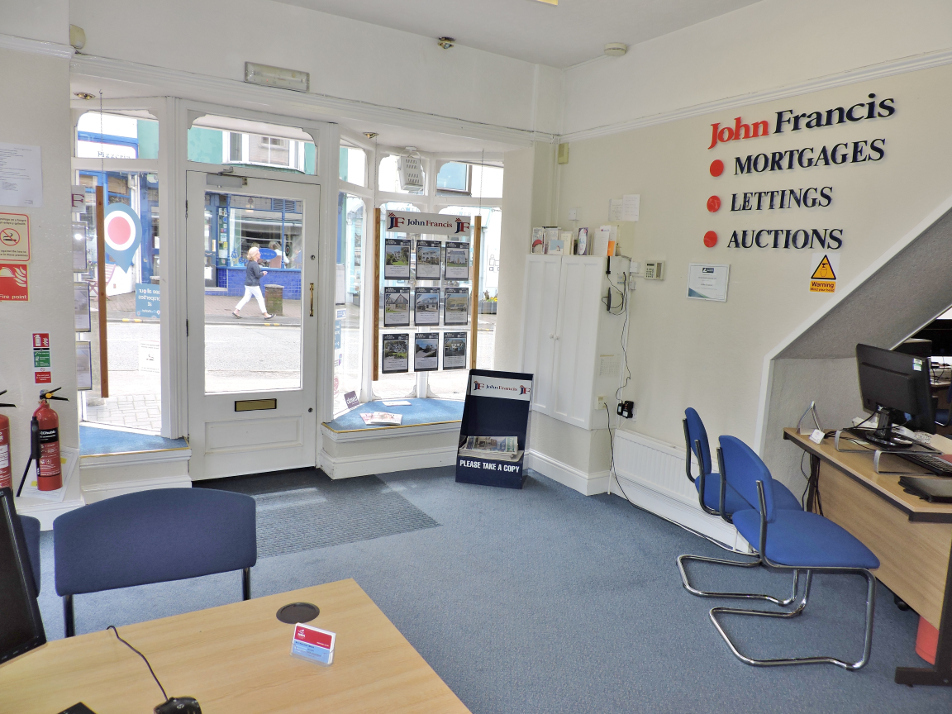 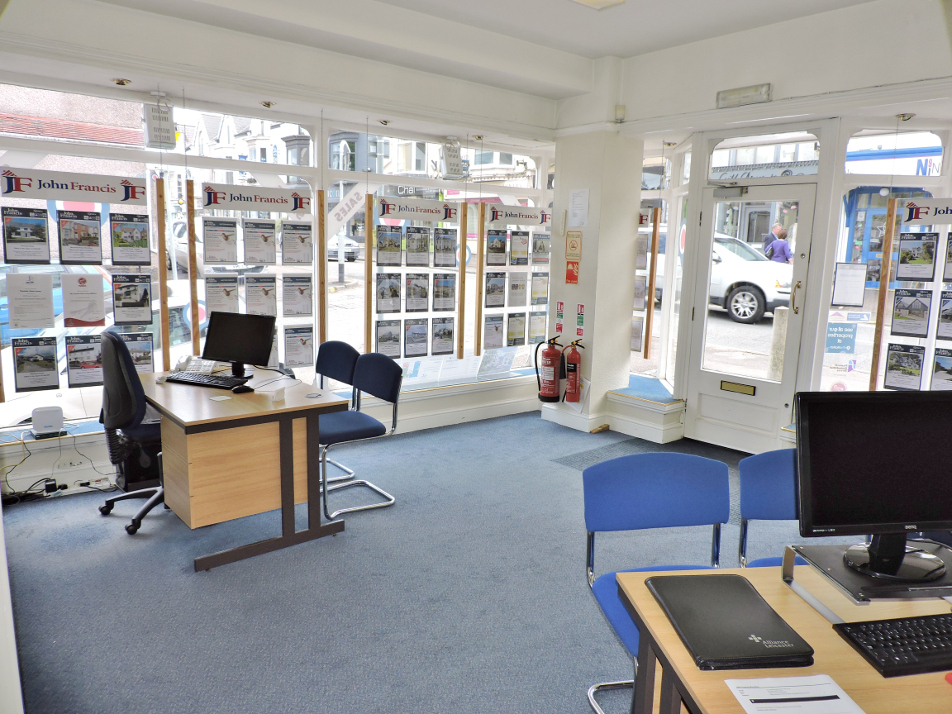 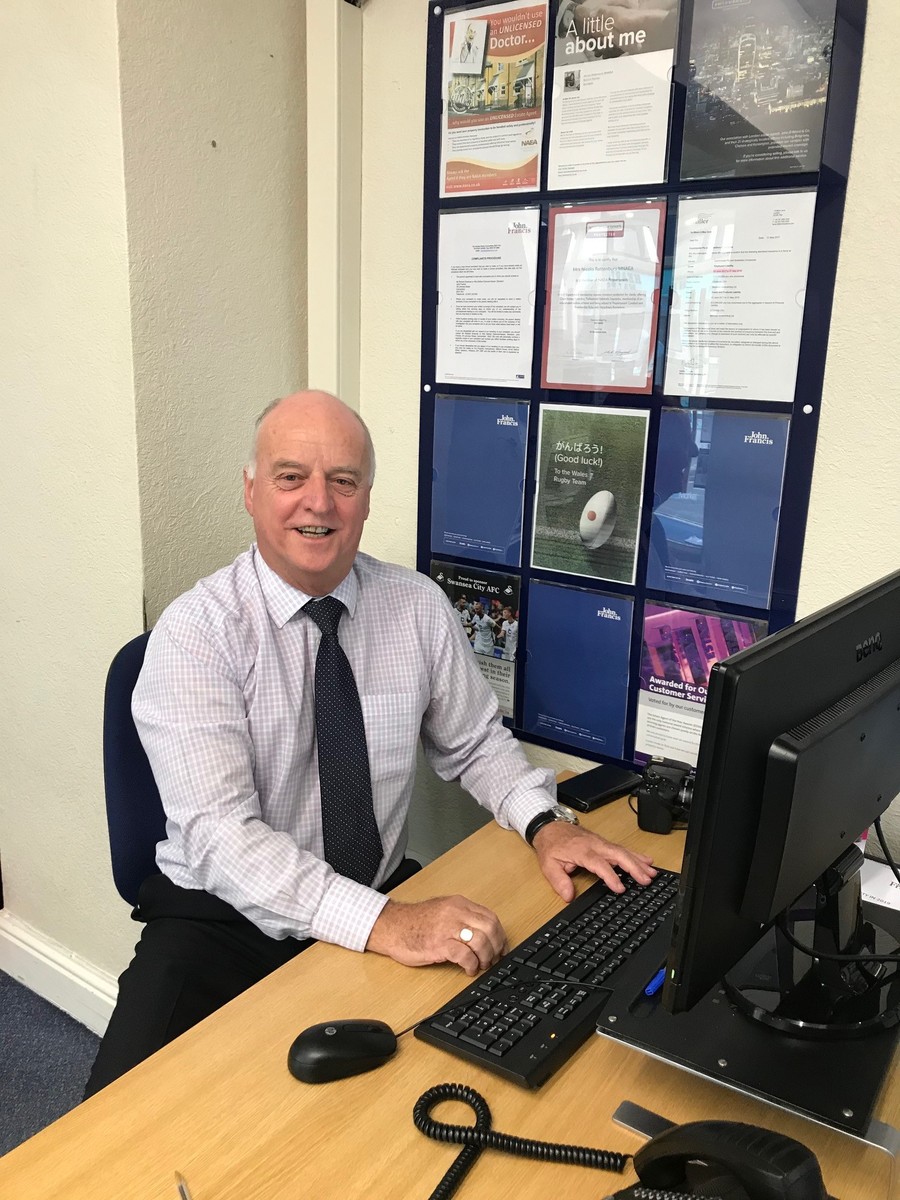 A spacious two bedroom maisonette situated in an excellent position overlooking the seafront promenade and boasting fabulous views across Swansea Bay. This home offers a large lounge which open out...

FOR SALE BY ONLINE AUCTION.A three bedroom semi detached home situated in an elevated position with outstanding views across Swansea Bay. This property offers fantastic potential and benefits from...

An attractive one bedroom penthouse apartment in this sought after residential development in Mumbles Village. The apartment is in good condition and offers bright, spacious accommodation which is finished to...

We offer for sale this three bedroom detached bungalow situated in the quiet village of Murton. This spacious property sits on a generous plot with an extensive rear garden...

See all Mumbles sales
<< Back to our offices

See all Mumbles lettings
<< Back to our offices

Mumbles is probably the first stop for many visitors as the road leaves Swansea and follows the curve of the bay into Mumbles. It is an ideal base to explore the rest of the Gower Peninsula offering a wide range of amenities. There are restaurants of real distinction, excellent ice-cream parlours, shops selling original crafts, tennis courts, crazy golf, playground, and the famous Mumbles lifeboat station and lighthouse. Sailors will find Mumbles a good starting point to explore the spectacular coastline and bays, with good launching facilities at Knab Rock. In nearby Oystermouth there is the Norman castle overlooking the village of Mumbles which is open to the public from Easter to September.
Everybody in Wales has a soft spot for Mumbles. Though people from outside Wales may not have heard of it, they will find it unforgettable once they've been there.To start with, there's the name, Mumbles, deriving from the French word mamelles, meaning 'breasts' and originally referring only to the two islets at the end of the promontory, but nowadays applying to the whole village. Really, the name should have a permanent exclamation mark – Mumbles!, like Westward Ho! As indeed should the Welsh word, Mwmbwl!
The village is an extraordinary place to live, its magic never fails, whether you are travelling back home for the thousandth time along Mumbles Road or seeing it all for the very first time. On your left, there's the great sweep of Swansea Bay, and then, glimpsed first through pine trees, a huddle of small houses cascades downhill and clings together beneath a steep cliff as the coast arches sharply to those two islets with their Victorian Pier.

Gower
The Gower Peninsula is known and loved by many the world over. Stunningly beautiful and only 16 miles long by 7 miles wide.
Spend even a few hours on Gower, and you’ll quickly understand why it was designated as the UK’s first ever Area of Outstanding Natural Beauty (AONB) in 1956 and why travel writers, celebrities and devoted visitors, cannot praise it highly enough. Gower is probably most famous for its jaw dropping bays, beaches and coastline – and they certainly get the most column inches in the media with ‘Three Cliffs Bay’ reputedly one of the most photographed views in Europe!

The Gower Coastline
With over 50 named beaches, bays and coves, the choices are as naturally beautiful as they are diverse. Golden, sandy beaches such as Rhossili, Llangennith, Oxwich and Whiteford mean you can walk to your heart’s content or just relax and enjoy the magnificent views.
There are also numerous smaller, but no less beautiful, beaches; two of the most popular are family favourite Caswell Bay and Langland Bay with its iconic beach huts, rock pools and nearby tennis courts! Both beaches are easily accessible from the city centre. Tiny coves such as Pwll Du, Mewslade or Overton might be a bit further off the beaten track and can only be reached on foot but they are certainly worth the effort too!
Gower is not just about beaches: the varied landscape is key to Gower’s universal appeal. Grassy sand dunes and dramatic cliff top paths border much of the coastline, along with woodlands and glades – at the right time of year you will fins them full of bluebells, rabbits, wild garlic, pine cones and birdsong! A walkers’ paradise, Gower has nearly 400 miles’ worth of rights of way, offering the chance to be at one with nature. There are dedicated reserves and Sites of Special Scientific Interest with as diverse a range of habitats as you’ll find anywhere in the UK.

Foodie Gower
Inland, the scenery is made up of large swathes of common land and moorlands, including the dramatic Cefn Bryn; home to King Arthur’s Stone, as well as a plethora of farm and wild animals! North Gower, meanwhile, is famous for its salt marshes and their culinary bounty of samphire and Gower Salt Marsh Lamb. The sea surrounding Gower provides sewin (sea trout), sea bass and cockles, all equally noted for their quality and much used in local restaurants and home cooking.
In fact food is something which is never far away in Gower….there are tea rooms and cafes at many of the most popular beaches, a sprinkling of the ubiquitous fish and chip shops, traditional country pubs, boutique style hotels and fine dining restaurants, rated in the good food guide…all very good reasons to stop for a drink or a bite to eat!

Historic Gower
For history lovers, Gower provides a wonderful, often mythical, backdrop to explore with castles, ancient sites, churches, shipwrecks and standing stones. Paviland caves are the earliest scientifically excavated caves in Britain, and were home to ‘The Red Lady of Paviland’ skeleton – the oldest dated modern human remains in the UK. In a surprise turn of events, The Red Lady was in recently years revealed to be a man, who lived some 26,000 years ago! Further around the coast, the salt-stripped remains of the ill-fated vessel, ‘The Helvetia;’ can still be seen at Rhossili. Gower’s past is often richly interwoven with folk tales and legends – stories of smugglers, royalty and blood thirsty warrior chieftains abound at Brandy Cove, King Arthur’s Stone and Pennard Castle!

Active Gower
There are opportunities to get active at every turn too – from a laid back stroll or cycle ride along country lanes, to adrenaline charged handgliding over Rhossili, mountain biking over the hills and dales, light aircraft flying at Fairwood, a spot of archery, or a round of golf. Not forgetting the more usual seaside pleasures of swimming, body-boarding, surfing, fishing, sailing, diving, windsurfing or just paddling!
Llangennith is recognised as one of the UK’s premier surf beaches due to the consistency of its surf – perhaps helped by the area having one of the highest tidal ranges in the world. These long, open beaches are also much loved by kite surfers, the somewhat less energetic kite fliers, and in the case of Three Cliffs, rock climbers!
So whether you want to get active, chill out, explore the past, indulge in fine food, or simply find a quiet spot and drink in the glorious views and surroundings, Gower really is the place where you can have it all.

Will Evans worked as a negotiator in the Mumbles Office from 2010 and moved to Morriston in June 2018. He has has a wealth of experience and capability in dealing with customerâ€™s needs. His previ...

Tom Sterio joined John Francis in 2019 after returning from traveling Australia. Tom has previous experience in sales and marketing and is an enthusiastic and knowledgeable team member. Outside of ...

Mumbles:
Who we work with